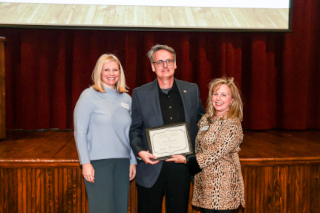 Brian originally came to the City of Little Rock Planning & Development as an Urban Planner I in 1997, ultimately achieving the rank of Urban Planner in 2016. As the principal staff to the Little Rock Historic District Commission starting in 2005, the list of responsibilities and accomplishments is remarkable.

Brian served as a member of the QQA Advocacy Committee, worked on materials for the QQA Tour of Homes, and was instrumental in the acquisition, assessment and stabilization of the William E. Woodruff House. He was a key contributor to many of our undertakings and initiatives.

The QQA recognizes the loss of Brian in his post with the City of Little Rock, but anticipates we will continue to collaborate with him in the future.